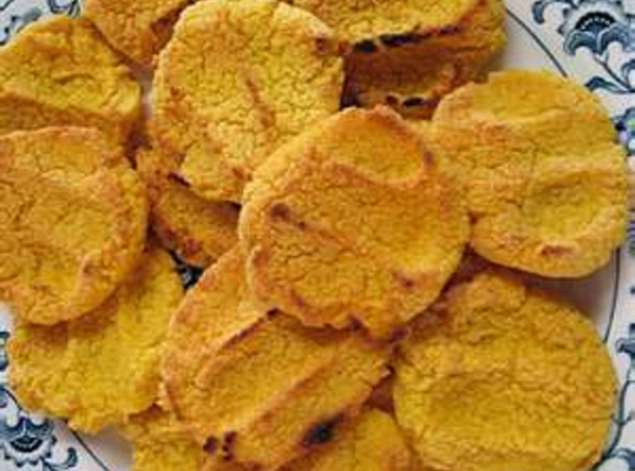 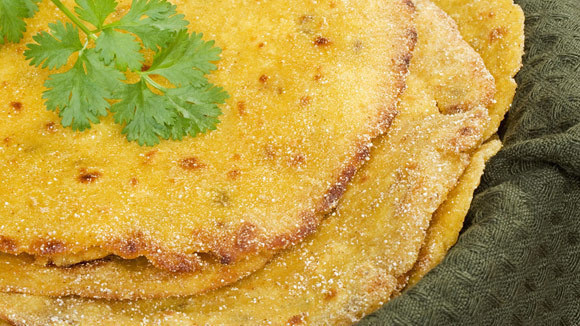 From Wiki: Corn pone (sometimes referred to as "Indian pone") is a type of cornbread made from a thick, malleable cornmeal dough (which is usually egg-less and milk-less) and cooked in a specific type of iron pan over an open fire (such as a frontiersman would use), using butter, margarine, Crisco (shortening), or cooking oil. Corn pones have been a staple of Southern U.S. cuisine, and have been discussed by many American writers, including Mark Twain.[6]

In the Appalachian Mountains, cornbread baked in a round iron skillet, or in a cake pan of any shape, is still referred to as a "pone" of cornbread (as opposed to "hoe cakes," the term for cornbread fried in pancake style); and when biscuit dough (i.e., "biscuits" in the American sense of the word) is occasionally baked in one large cake rather than as separate biscuits, this is called a "biscuit pone."

The term "corn pone" is sometimes used derogatorily to refer to one who possesses certain rural, unsophisticated peculiarities ("he's a corn pone"), or as an adjective to describe particular rural, folksy or "hick" characteristics (e.g., "corn pone" humor).

Ma' Joad cooked up a batch of corn pone in Weedpatch when the manager Jim Rawley came by. She offered him some as well as a cup of coffee. This dish is yet another simple food item made out of cornmeal dough. Ma Joad seems to make plenty dishes out of the same recipe items.

1. In a large bowl, add the hot water to the meal until it is a thick batter. Cover with a dish cloth and let it sit for 15 to 20 minutes. Check to see if the batter has dried out. Add more water if necessary. Test by making a pone in your hand: Use a soup spoon to put just enough batter to fill the palm of your hand. Flatten this into a cake and press three fingers into it. If the dough holds the fingerprints, the batter is just right. If not, add more water or cornmeal as necessary.
2. On the stove over medium heat, warm several tablespoons of the oil until it is shimmering. Form the pones into small cakes as described above and lay each into the pan. Cook until browned on one side, about 3 minutes. Turn each and brown on the other side. Drain on paper towels.
Makes about 2 dozen small cakes.