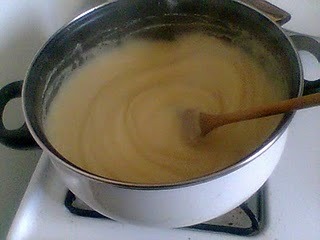 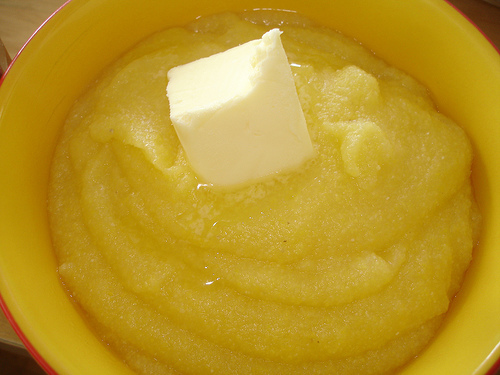 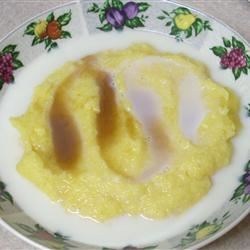 Mush was a popular dish for Okies. This was basically made out of cornmeal that was boiled in water or milk. It was quick and easy to make and eaten for breakfast.

For the Joads, they spent long nights on the road and preparing foods had to be done carefully in order to preserve and save for later. Cornmeal mush was a life savor especially for breakfast. Not only was it convenient but it was affordable. Below is a recipe on how you can make your very own mush.

The word doesn't sound appealing yet I'm sure it tastes good.

Put water in saucepan. Cover and let it become boiling hot over the fire; then add a tablespoon of salt. Take off the light scum from the top. Take a handful of the cornmeal with the left hand and a pudding stick in the right (or vise versa if you're a southpaw); then with the stick, stir the water around and by degrees let fall the meal. When one handful is exhausted, refill it; continue to stir and add meal until it is as thick as you can stir easily, or until the stick will stand in it. Stir it awhile longer. Let the fire be gentle.
When it is sufficiently cooked which will be in half an hour, it will bubble or buff up. Turn it into a deep basin. Good eaten cold or hot, with milk or butter and syrup or sugar